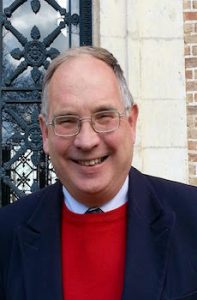 Major General Mungo Melvin CB OBE was born in Edinburgh in 1955 and educated at Daniel Stewart’s College. Joining the British Army in 1974, following two years at the Army’s Sixth Form College (Welbeck), he was commissioned into the Royal Engineers in 1975. He read engineering at Cambridge University. During his early military career he served in Germany, Kenya and in Belize.

He has served on operations in Northern Ireland, the Middle East (First Gulf War) and the Balkans. While serving on the Army’s General Staff,  Mungo has a long involvement in military concepts and doctrine and in professional military education, having taught at the Army Staff College, the Joint Services Command and Staff College and at the Royal College of Defence Studies. 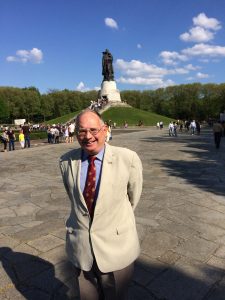 Following his retirement in December 2011, Mungo Melvin advised the House of Commons Defence Committee on military and strategic matters until April 2017. He continues to mentor the British Army on command and staff training and on historical aspects of the First World War centenary commemorations. Mungo has taken a personal lead in advising the Army on a series of major staff rides to the Western Front of the First World War (2014, 2016 and 2018). He also presents to business on the application of leadership and decision-making techniques such as Mission Command. He lectures on strategy, leadership and military history to a wide variety of civilian and military audiences.

From February 2012 until February 2017, Mungo served as  President of the British Commission for Military History. Since mid 2017 he has been a Vice President of the Western Front Association. He is a Senior Visiting Research Fellow of the War Studies Department of King’s College London, a Senior Associate Fellow of the Royal United Services Institution (RUSI) and a Senior Associate Fellow of the Institute for Statecraft. In October 2016 he was appointed Chairman of the newly re-established Royal Engineers Historical Society. 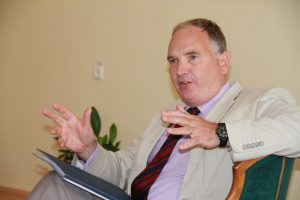 Mungo’s major written works include Manstein: Hitler’s Greatest General, published by Weidenfeld & Nicholson in 2010, which was awarded a prize for best military biography by the U.S. Society for Military History in 2012. His major new study, Sevastopol’s Wars: Crimea from Potemkin to Putin, was published by Osprey Publishing (a division of Bloomsbury) in April 2017. He is editor of the British Army Battlefield Guide to the Western Front (1914-1918) and is a regular contributor to the RUSI Journal. A list of Mungo Melvin’s  publications can be found here.

Mungo lectures regularly to a range of military and civilian audiences on a wide variety of military historical subjects and contemporary strategic issues. Examples of past and future speaking engagements are listed here.